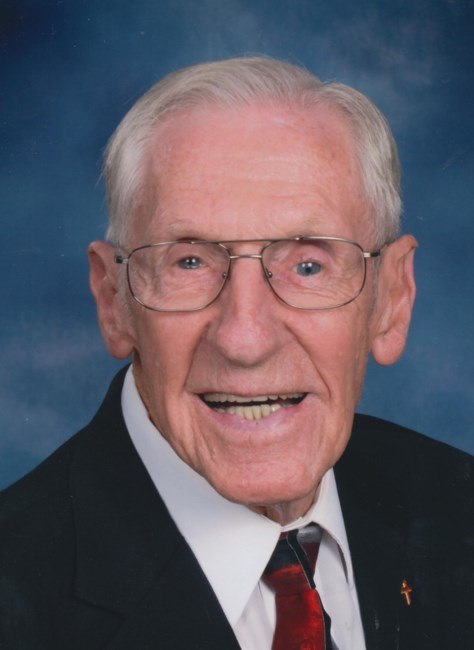 Jack Daniel Brown, age 92, of Claremont, NC, passed away on Monday, March 29, 2021 at Trinity Village. Jack was born on April 15, 1928, in Catawba County, the son of the late John Cosam Brown and Lillie Catherine Carpenter Brown.

Jack came from humble, poor beginnings as the youngest of 11 children. His father died when he was 9 months old, and his family struggled to survive during the Depression. His family worked as sharecroppers in his youth where he learned the value of hard and honest work. Following school, he served in the Navy from 1946 – 1948 as a Seaman 2nd Class and was awarded the WWII Victory Medal.

After returning home he met the love of his life, Pearl Deal, and they were married June 2, 1950. Over the course of their 64 year marriage, they enjoyed many fun and adventurous trips and activities. They visited multiple states, several foreign countries, and were avid hikers, snow skiers and wild-flower enthusiasts. Highlights of Jack’s life included a trip to the Grand Canyon where he white-water rafted, and another where he rode mules into the canyon with Pearl. He enjoyed water skiing in his early years and snow skied until the age of 81. They also enjoyed bluegrass music and dancing, which they could often be found doing in the basement with their beloved jukebox.

Jack was a life-long member of Bethel Lutheran Church and was faithful in worship, Bible study, the Lutheran Layman’s League and the church council, among other things. He has been described as a true Southern gentleman, very gracious, polite, and generous.

In the 1950’s, he found his calling as a truck driver. For his many years of dedicated service, road courtesy and clean driving record, Jack was awarded membership in the Mack Million Mile Club from the Mack Truck Company – driving the equivalent of 40 times around the world. In 1966 he helped purchase Catawba Rental Company, Inc. along with his cousins, the late Roscoe and Forrest Pope. Other members of the Brown and Pope families later joined the company which has now grown to include 3 generations; a legacy that he was extremely proud of. This Claremont-based business has evolved over the last 55 years and now has several branches including Cargo Transporters, Inc., CT Management Inc. and Cargo Integrated Logistics.

Jack will lie in state on Thursday, April 1, 2021 from 3:00 p.m. – 7:00 p.m. at Drum Funeral Home Chapel in Conover. Plans for a Celebration of Life service will be made at a later date due to current COVID restrictions.

The family would like to thank Jack’s numerous caregivers for their loving care in his final years.

Condolences may be sent to the Brown family at www.drumfh-conover.com